Classification of industrial oils based on viscosity

The ISO degree of viscosity of industrial oils, the comparison of which with other viscosity grades is fully described on the next page, approximately represents the average permissible change in viscosity of the oil in cents (40 ° C) at 40 ° C. 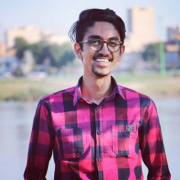 Table of Oil and Lubricants Equivalent to Find Products

What is industrial oil and what are its uses?

Table of Oil and Lubricants Equivalent to Find Products

Types of lubricants and their applications in industry